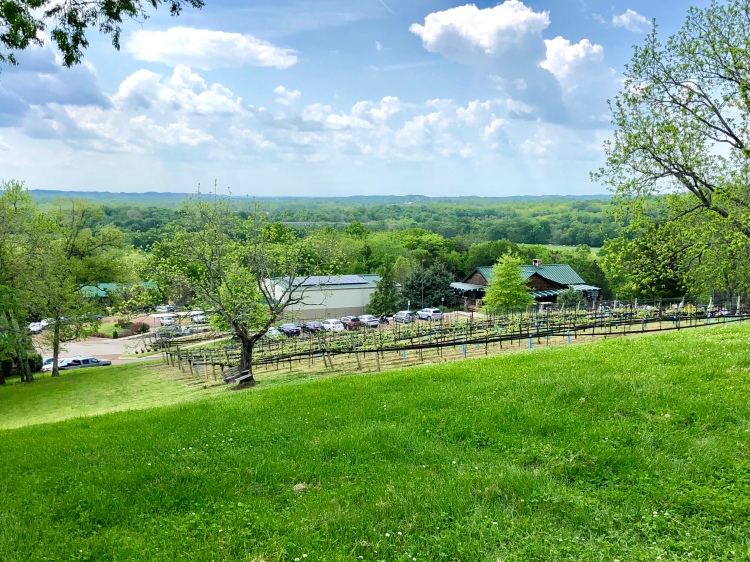 When I was younger, my dad gave me a piece of advice that I find to be absolutely true. He told me the older I get, the faster time will pass by. Truer words have never been spoken. Time is elusive to me. It’s something that I strive to hold on to. After all, if you’ve read The 5 Love Languages by Gary Chapman, my love language is quality time, so that would make perfect sense. I just don’t want to let it go. I know that seasons shift and when that happens, everything shifts along with it, so I try my hardest to cherish the joys of the season I’m in because I know I could wake up any day now, and it would all be over. I simply can’t believe that it’s 2019! As I’ve gotten older, just like my dad told me, time seems to pass in a flash. In many ways, it feels as though 2018 went by slow, but in others, it feels like a blur. So much happened in 2018. Even though it felt like it went by in a flash, it feels like three years were almost crammed into one.

2018 was quite the year. God changed me this year… In ways I wanted to be changed, and in ways that He had to work deeply within me from the inside out.

When 2018 began, I was coming off of what was, in some ways, the most challenging year I had faced as an adult. In 2017, my marriage had been challenged in ways it never had. I was forced to make a decision in my career that I didn’t want to make. I felt lost and was searching for something. The problem was I didn’t know what what I was looking for.

As 2018 began, I had an interview lined up for a position at Ole Miss, almost 4 hours south of where we had lived in Nashville. It was for a position well-aligned with my professional experience and how I wanted to take my next steps. The interview came and went. It was honestly the best interview that I had ever experienced. I conveyed my work ethic, my leadership goals and experiences, my humor and light-heartedness, and my love for Ole Miss. I was almost sure I had the job. All the while, I was praying, praying probably harder than I’ve ever prayed, and a verse kept appearing in random places over and over. It started in December 2017 soon after I received a call for the interview, and I saw it over and over again through the beginning of January. God knows me. He knows that I’m stubborn and hard-headed and just need things to be drilled in my head. I should really learn to be more receptive. It would probably make my life so much easier. So, there I was, staring at this verse:

I didn’t get the job. I was devastated. I mean, absolutely devastated. I felt like I was in some alternate universe. Had I missed something here? I felt completely betrayed by God. I felt like I had been teased, led along this path that turned out to be nothing short of a joke. I felt like it was all for nothing. All the hard work. All the time that I invested… it was all for nothing. I felt like everything I thought had been a sign from God was just completely coincidence–that God wasn’t even there. He wasn’t near me and He definitely wasn’t interested in helping me. This was probably the most angry I had ever been at God.

The next few months were brutal. I mean, absolutely brutal. I was angry, depressed, and defeated. I felt hopeless. Over the spring months into summer, I had two more job interviews. One was at Ole Miss and the other was in Nashville. They both didn’t work out. When I heard the news that the job in Nashville had not worked out, I hit what I called rock-bottom, although it honestly could have gotten much worse than that. To me, that was the final straw and I had nothing left to do, nothing left to control, and I was truly at the end of my rope.

That was my turning point. I always hear that you will find God at the end of your rope, and I really believe that. But, you see, I had never lost God. I always knew He was there, whether I was mad about the events unfolding or not. One thing I can honestly say is that through it all, I always felt God’s love. Even though I felt betrayed and was angry, underneath it all, I felt a nudge that I wasn’t alone. The issue was that I chose to ignore it for a while. During this time, I think I finally just gave everything to Him. I started living my life in such a way that it was His and I was going to do what He asked of me. I’ve always strived for that, but this time, it got to the point where I didn’t have a choice. I felt like God had broken down so many barriers to where all I had left inside of me was Him. I had given up on everything else. That day, it was like God removed the blindfold from my eyes. I could see God working over the course of 2017 and 2018. I didn’t fully understand everything and I still don’t, but I saw that where I thought God had abandoned me, he was actually showing me that He was working and moving in my life. I just didn’t realize it because I thought He should be doing a certain thing. And I was wrong.

That’s the beautiful thing. God loves us regardless of our shortcomings and what I’m learning is that when we feel the most hopeless, when it seems like God is sitting down on the job the most, that’s usually when He’s working in us the most. Shortly after I didn’t get the job in Nashville, I had two opportunities come up, completely unexpected. One was something that I had been suppressing for years, and the other was completely out of the blue. It was something I never expected. More on these things later though! If I could sum up 2018 into one statement, it would be this–

God is who He says He is whether He does what I want Him to or not.

It was a matter of pealing back layers to help me realize some tough things about myself. My pride. My selfishness. My ambition over His will. All I really want is to live an incredible life with the people I love serving a God that has never left me. And this year showed me so much in relation to that goal.

The picture above has become somewhat of a special place to me. It sits on top of a hill. This is where Ashlynn and I made the choice to stay, to weather the storm, and see what brand-new thing God was going through us. I’m so glad we did.